About The Cinderella Charity Ball

The Cinderella Charity Ball is the oldest continuing social event and charitable benefit in Arlington. The first ball was held in 1961, and the event was so successful in raising badly needed revenues for the Arlington Boys’ Clubs that the Board of Directors voted to make the Ball an annual project.

The Ladies’ Auxiliary was formed in 1967 and assumed the role of producing the Cinderella Charity Ball. Although the Auxiliary performs many services for the club, the Ball is still its major annual project.
The Cinderella Charity Ball provides additional resources to the Boys & Girls Clubs of Greater Tarrant County branches in Arlington for capital improvements to facilities and major operational expenditures. Proceeds from the Ball have allowed the Boys & Girls Clubs to provide the best in physical surroundings and program equipment. Major investments have been made in vehicles, office equipment, scholarships, the addition of the boxing gym at the Main Branch, the completion of the Southeast Branch building in 1981, the addition of the basketball gym in 1996, and the Kromer Branch in 1998. All of the money collected by the candidates for the Cinderella Ball (after expenses) is used directly on projects which benefit the Boys & Girls Clubs in Arlington.

The 2021 Cinderella Ball pushed the total money over $13,000,000 raised for the Boys & Girls Clubs in Arlington. We welcome applications from young ladies who wish to work together to achieve this.

Thank you for your support! 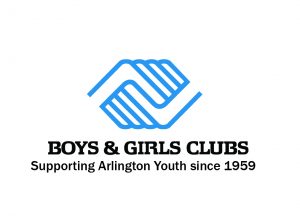